What happens when a horse visits the dentist? 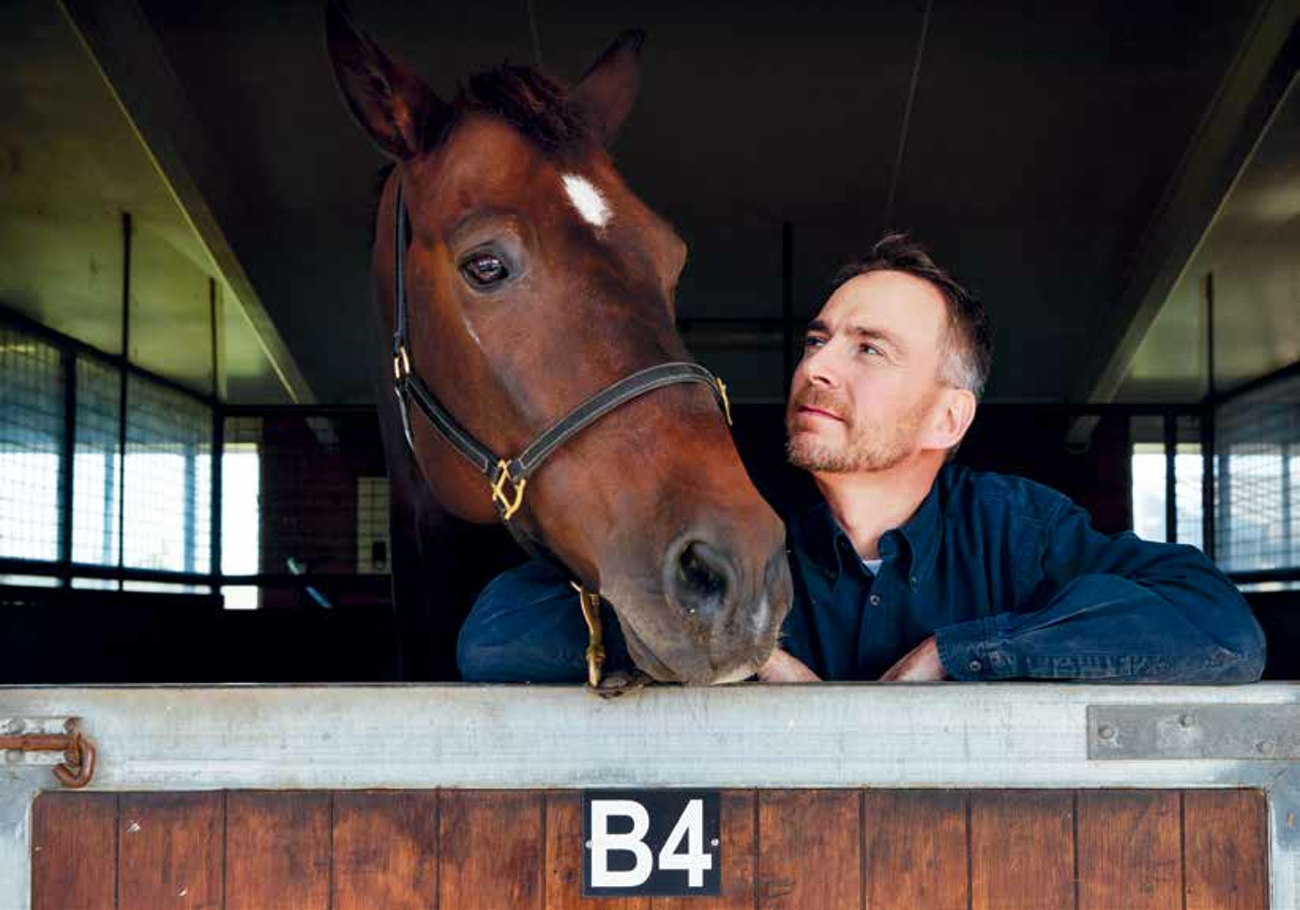 When Black Beauty (*Not her real name), a nine-month-old foal destined to be an Arabian show horse, fractured her face in a collision, her future would have been bleak were it not for the skills of Associate Professor Denis Verwilghen. As the ﬁeld of jaw and face surgery ('maxillofacial surgery') tends to be more advanced for humans than for horses, Verwilghen called on a human-maxillofacial expert. Belgium-based surgeon Professor Maurice Mommaerts, to help him tackle the complexities of Black Beauty's case.

It took the two surgeons three and a half hours to reconstruct the foal's face, but the operation was such a success that two years later Black Beauty went on to win third prize at the Arabian Horse World Championships, with ﬁrst prize for the most beautiful head (yes, that's really a thing). Being a surgeon specialising in the mouths and heads of horses is not your run-of the-mill profession, but after studying as a vet at the University of Ghent in Belgium, Verwilghen felt he needed to know "a lot about a little, rather than a little about a lot", so he did a degree in equine surgery followed by a PhD in orthopaedics. "Horses have always been my passion. I've always ridden them, but I'm also passionate about caring for them and looking at preventative medicine rather than curative medicine." - Denis Verwilghen

Verwilghen now heads the Camden Equine Centre southwest of Sydney, the equine arm of the University of Sydney's Veterinary Teaching Hospitals. The centre's multidisciplinary team includes leading equine specialists with skills in internal medicine, surgery, anaesthesia, diagnostic imaging and emergency critical care. Their patients can be anything from donkeys to racehorses and showjumpers.
The importance of dental care in horses has been known for a long time, with writing on the subject dating back to long before Christ. As a profession however, it is still developing. "At the end of the last century, there was some disinterest in the ﬁeld from the equine profession because it's a hard and dangerous job. A horse's mouth is relatively deep – 20, 30 centimetres – you can't just stick your head in there and have a look" -  Denis Verwilghen

You might expect that work on horses would happen under general anaesthetic. In fact, horses recovering from a general anaesthetic are liable to try and take off before they properly regain consciousness, potentially endangering themselves and any people nearby. But thanks to breakthrough medications, equine veterinarians can now sedate horses and treat them standing up. Affordable camera technology is also making it much easier to investigate a horse's mouth. "It has totally opened up the ﬁeld of dentistry," Verwilghen says. "You know the saying: if a carpenter only has a hammer, everything is a nail? When I was being educated, they'd say there's no such thing as tooth decay, because the only treatment device we had was a scraping tool called a rasp. So, everything was treated as an overgrowth." Not only is tooth decay ('caries') now recognised in horses, but treatments have been developed to prevent root infections or fractures that could create more complex problems. The rule of the rasp is also being challenged, with Verwilghen educating the horse community about the importance of regular dental care and diagnosis. To advance things further, the Camden Equine Centre is currently fundraising for what would be NSW's ﬁrst standing CT scanner for horses. This kind of diagnostic imaging could help solve the eternal problem of all vets: that animals can't tell them where the pain is. The scanner could also pinpoint small but dangerous trouble spots in large animal bodies.
Verwilghen's collaboration with Professor Maurice Mommaerts also continues. One shared project sees them using the 3D-printed jaw joints of sheep to develop treatments that could beneﬁt animals and humans with serious jaw damage.

"Our collaboration is enriching both sides" - Denis Verwilghen